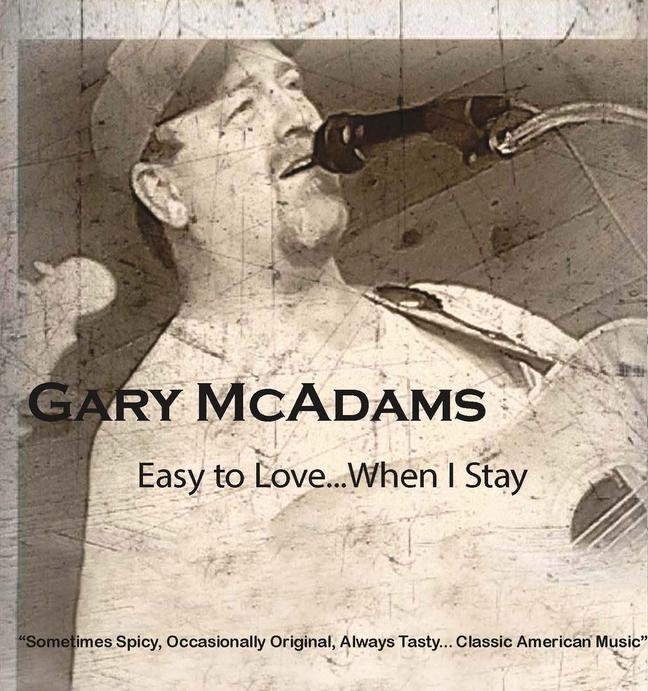 Listen or Buy on iTunes 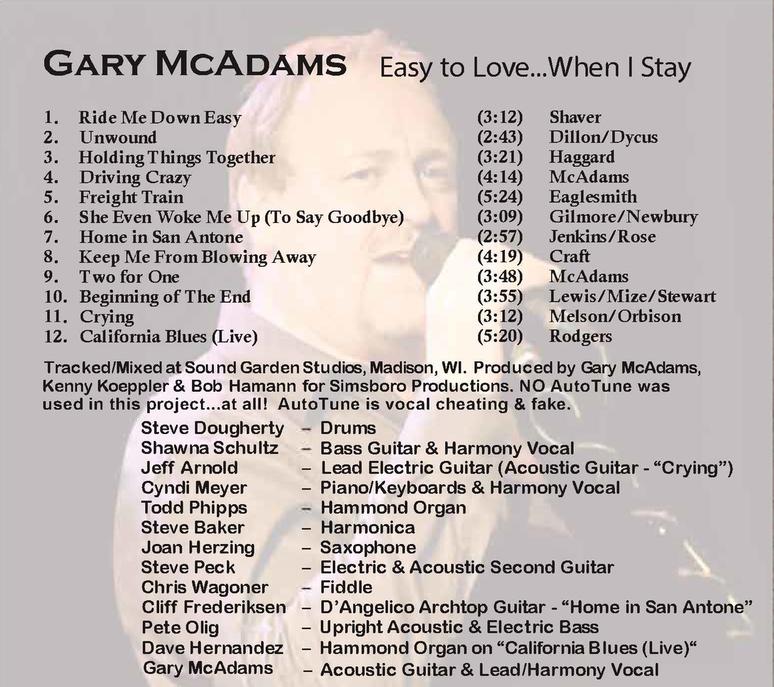 Beginning as a teenager, Gary McAdams has been the lead vocalist in several touring acts.  Originally from Central Texas, but now based in Southern Wisconsin, he has performed in venues all across North America and the Caribbean.

"EASY TO LOVE...WHEN I STAY", the latest release from Gary McAdams, on Simsboro Records.  This collection, written by Gary & some of his favorite songwriters, is a musical journey exploring one man's relationship to self, women, art and God.

​​ON SALE NOW THROUGH , iTUNES, CDBABY, AMAZON, SPOTIFY, LIVE SHOWS AND OTHER OUTLETS!